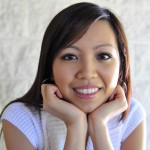 Responsibility weighed heavily upon Wipa’s slight shoulders. Her mother was gone, her sister was sick, and her little one was hungry. Her sister’s cancer had robbed them both of their physical and emotional strength. Adding to Wipa’s discouragement was a lack of nearby employment opportunities, forcing her to the city in search of something to support her family and sister’s treatment. Night after night, she sold her body for the money she would send home the next morning. When our partners at Hidden Beauty met Wipa and offered her a way out, she left almost immediately. In this safe place, she was able to start over, supporting her family by making jewelry. When WAR, In’tl granted Wipa a cosmetology scholarship, she truly began a new life. Wipa became a hairdresser, attended business classes, and opened her own salon. Wipa now lives in freedom, creating a new future for herself and her daughter. With a smile on her face, she says that making others feel beautiful brings her great peace and happiness.