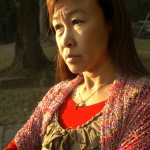 Prang had told the kind women she wanted out of this business, but she hadn’t yet made the decision to leave. She hated her life, but it was the only life she knew. As she followed a customer into a taxi, she knew they saw her, and she wondered whether they would finally give up on her. They didn’t. Later that night they reached out to her again, and this time Prang finally took the leap. Joining the safehouse, she was determined to leave her old life behind—and she did. Yet she continued to cling to a deep sense of shame. Although her name means “temple,” she felt unclean. As she began to heal and grow under the protective care of safehouse staff, Prang slowly began to let go of her shame. In its place came a sense of worth and dignity as she realized that she was beautiful and precious.

Eventually Prang returned to her village, a place so impoverished that 9 of every 10 girls were forced into prostitution. There she began a small craft co-op to employ women and girls at risk, offering work with dignity. Because our partners didn’t give up on Prang and Prang didn’t give up on herself, dozens of women have a safe place to work, a place where they can look to the future with hope—a sanctuary, just like Prang’s name.