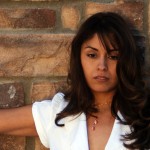 After three months in prison, Estella was finally released and reunited with her baby boy. But her happiness was short-lived. When she and her sister refused to return to the drug world, her sister was murdered by drug lords and Estella was forced to flee. She found a safe haven at Refuge Guatemala, where her new community helped her remain strong, stay clean from drugs, and focus on her dreams. Estella now supports herself by crafting beautiful, colorful jewelry. After earning the money to pay her restitution fines, she enrolled in cosmetology school with plans to become a stylist. Today, Estella feels truly free from her past. She has a new life, providing for her family and walking toward a bright future.