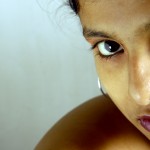 Debi and her brother played in the streets while her mother sold herself from their home. Since she could find no safe place to study, Debi gave up her dreams of university. But before long, her mother’s customers began asking for Debi. She searched and searched for a job just to escape. When she found Free Set, she was simply grateful for a safe haven away from home. Then Free Set helped Debi open a bank account and begin saving. With her salary, Debi began helping her mother. Then she met her future husband and began saving for a dowry. Now married, Debi soaks in the safety of her new family. With the help of our partners, she has been set free from a generational cycle of poverty and exploitation. She has been freed from her once-certain future in the sex industry. Instead of shame and fear, Debi now leaves a legacy of safety and hope for her family.