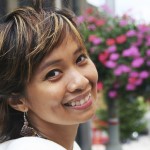 Jenny knew of other mothers who had sold their children out of desperation, sending them to the beaches known for prostitution. Though Jenny had no money, no husband, and four children, she walked the hot sand instead, selling souvenirs to tourists. But she grew anxious—the money was not enough. She could not rely on her elderly parents’ support for long. But when our partners offered Jenny employment, she found a new hope for her family. Now she earns a steady income, owns her own home, and works while watching her children, though now they attend school and their local church. As Jenny’s two grown children make bracelets alongside their mother, they carry on a legacy of safety and sustainability. When you buy their bracelets, you offer dignity and protection to families previously clinging to a thread of hope.