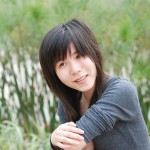 As the rain began to pour down, the roof of Han’s mud-brick house began its steady leak. It seemed like the one constant in her world of uncertainty. After working a long day in the fields, Han was glad to simply be home with her four children. Their stomachs growled with the approaching dinner hour. Tonight they would eat, but she worried about where tomorrow’s meal would come from. Two years later, things look a lot different for Han. Since moving into her new concrete house, she doesn’t have to worry about the roof leaking when it rains. She also doesn’t have to worry anymore about her family going hungry at night, not since she began making quilts. With a steady income, Han also has the ability to dream and plan for the future. She now wants to reach out to other less fortunate women and help lift them out of poverty, too.