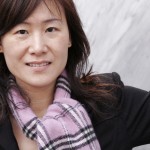 It was her secret. No one else knew. They couldn’t. Not even her husband knew that for the past two years Lihua had been working in the city as a sex-worker. It was like she had two different lives—one as a loving mother and wife at home and another as something horrid, hated, and unwanted in the city. Her secret was not all she lived with. Along with it was a constant fear that ate at her. She feared getting HIV, of passing it on to her husband, of them both dying and leaving their little one behind. Who would take care of their child then? The thoughts were too painful. She wanted to quit her work but didn’t know how. Fortunately, Change for China showed Lihua a way to quit and she did! She no longer has to work a job she hates or worry about getting sick. She can live with dignity, raise her child, and love life once again!