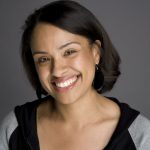 As the gunman fled into the night with the money she had just earned, Gabriela sank down to her knees and wept, shaking. This was it—she had had enough of the streets. Gathering up her courage, she made a decision. The kind women who often stopped by her corner to talk with her had told her about a safe place—somewhere she could go after leaving the streets, where she could make money doing something other than selling her body. She’d had her doubts, but now, finally, she’d had enough. It was time to make a break. Casting anxious glances around and behind her, she walked several blocks to the small building and quickly knocked on the door. As she stepped across the threshold, she walked into a circle of protection and support and into a fresh beginning. Within days, she was learning to fashion simple earrings and bracelets and looking forward to her first paycheck. Far from the life she once knew, she is healing and thriving in the company of women with stories just like hers, creating beautiful jewelry and forging her way to a future of promise and hope.