This week the Military’s highest honor, the Medal of Honor, was awarded to deceased Lt. Garlin Conner and given to his widow. Lt. Conner’s incredible bravery and sacrifice earned him many awards, including three Purple Hearts. His inspiring story is a reminder that it is in our DNA to rise up in a crisis and put the good of others over ourselves.

On a cold January morning in 1945, Lt. Conner ran into enemy fire and dove into a shallow trench in front of Nazi lines. He lay there in plain sight for three hours, directing Allied artillery over the phone as they took out the enemy. When the advancing enemy was only yards away from him, he ordered his artillery to shell his position, knowing he’d die. He did not.

Upon returning home, Lt. Conner went back to farming in Kentucky despite seven combat wounds that left him somewhat disabled. Two things struck me about this man and his story:

It is not cheap. Bullets, tanks and nuclear missiles have price tags. Freedom is priceless. As an organization that fights to set the captive free in today’s wars, we know how expensive freedom is.

Our partners pour their lives out in the trenches, coming face to face with evil. Often they choose to live in situations that put their families at risk as well. They run into the darkness and lay in plain sight directing survivors where to flee to safety. Despite battle fatigue and combat wounds, they carry on through sheer will power and a powerful passion for freedom.

Our survivors struggle daily with the lasting physical and emotional pain that hovers over them long after their freedom. People may forget, but the body keeps score and remembers the horrors. Many of them rise up to return to the darkness, this time to rescue others cowering there waiting for someone to hear their cries. They join with us in being voices for the embattled.

Our donors sacrificially partner in setting the captive free. In the real theatre of war, there are eight people behind every one foot soldiers. Our donors and staff are quietly behind the scenes doing the hard work of creating a legacy of safe places. It’s only because of our faithful donors and faithful staff that the lights were on and phone bill paid when a 911 rescue call came in one Friday, resulting in a girl being rescued on Saturday and in a treatment program by Sunday. Our staff chooses to work in a nonprofit where the monetary rewards are not high, but setting captives free is priceless. They may suffer from secondary PTSD as they daily lift broken lives to safety, whisper words of worth and dignity, and do the numbing drudgery of paperwork to make sure our efforts are done decently and in order and with excellence.

Freedom in our nation is a luxury.

I remember well, while in boarding school in Pakistan, going to the U.S. embassy for a 4th of July celebration. The Marine guards stood tall and gorgeous in their uniforms, symbolizing what we believe in as a nation. I was in awe of men and women who fought to maintain the freedoms we have here. As an American girl growing up in Talibani lands, I understood how valuable our freedoms were. My girlfriends had no choices. In a worst-case scenario, we could get on a plane and fly home to the land of the free. They could not escape their destiny. I could choose what I wanted to do with my life, what I wore, whom I dated and ultimately married, what I believed or didn’t believe about God, who I played with. My playmates could not. It was chosen for them.

When my children were small, they mocked the fact that when we lived in the U.S., the McDonald home sported patriotic buntings from the 4th of July until Labor Day. But this little American grew up seeing what a lack of freedom meant for those I cared about. I wanted to hammer that into my babies’ heads. Hold your freedom with gentle hands. It is a luxury. Yes, we teach that it is a right. But my observation is that if someone takes away our “rights,” we react in the extreme. Unless you are very self-aware, believing you are “entitled” to something may mean you are not really grateful for it, but rather expect it.

I preferred my children to grow up seeing their “rights” as a luxury to be handled with gratitude and gentleness. Luxuries are those things you guard carefully, while rights are those things you demand. Entitlement can quickly slide into spoiled-brat mode. I wanted my children to understand the subtle difference. I will never take my “rights” in this land for granted, even when they are trampled on. Maybe especially when they are trampled on. Luxuries are those things someone worked hard for. Certainly, a man named Garlin “Murl” Conner worked hard for my luxury of living in this free land. He paid the price for my luxury. I am so very grateful for that. Now it is my turn to work hard for the luxury of freedom for those in my pathway that need freedom. This I will do until there is no breath left in my body…fight for freedom gratefully and with a degree of elegance and gentleness. 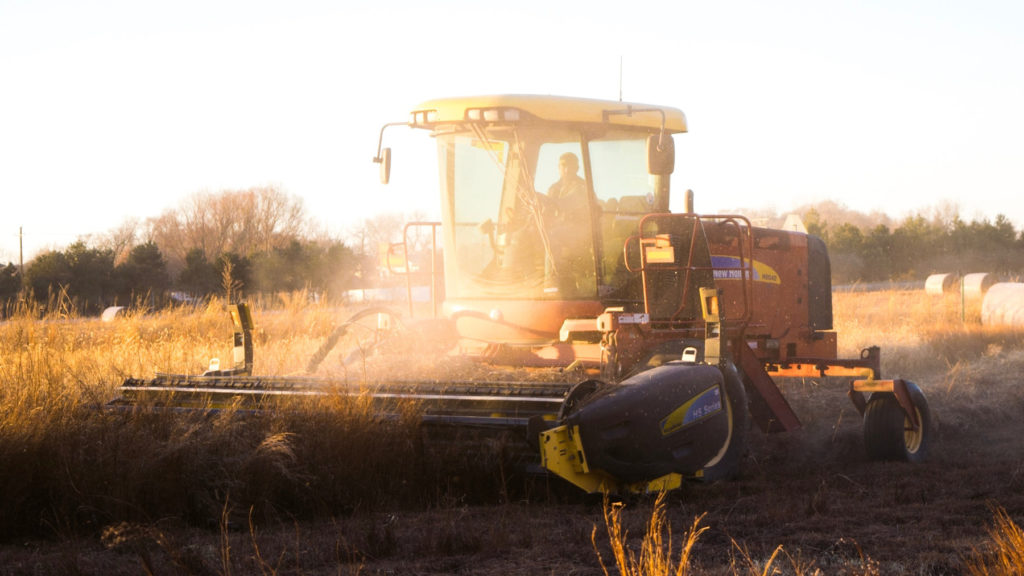 My other take-away makes me laugh out loud: This “little man” (as his wife called him), all of 5-foot-6, was a 12-foot giant of courage, a war hero, celebrated in the oval office and all over the news. Yet he finished his life as a farmer.

One of the questions I get asked all the time by college girls is, “How do you find a soul mate, a man of great character?” I shock them by saying, “Marry a farmer.” I have observed throughout my life journey that some of the men I admire the most—men with an incredible work ethic, who are responsible, salt of the earth, successful but not too big for their britches—started out as farmers. Abe Lincoln is one. The list includes Presidents, Fortune 500 leaders, faith leaders, senators, military leaders, successful business men I know, and on and on.

There is something about a kid having to slop the hogs and plow the back forty before going to school, whether they feel like it or not. There is something about those who work the soil that makes them capable, responsible, driven to do the impossible, and humbled by the things they have no control over (such as weather, in the farmer’s case). It’s not about having a fancy degree. Many farmers do eventually get those degrees. But they also just do what needs to be done.

Garlin Conner just did what needed to be done. He ran into enemy fire with a telephone, set up camp under the enemy’s noses, and directed one attack at a time, killing hundreds and saving thousands. His wife said he never talked about his “bravery.” He just came home and became a farmer.

I happen to be married to one of the hardest working men I have ever known. He did not grow up farming; his dad was a college prof. But he spent every day with his football buddies, who were all farm kids, and that work ethic rubbed off. People in small-town farm communities salt the earth and don’t get too big for their britches. Yet my husband grew up to get a Ph.D. and serve internationally for decades. I’m a fan of dating farm kids! Degrees aren’t what make character. Hard work builds character and teaches one to respond in the face of crisis with the best interests of others at heart.

Today the family of WAR, Int’l salutes Lt. Garlin Conner—a farmer who had the courage to do the impossible, who didn’t brag about it, and who then went back to tilling the earth despite crippling injuries that would have had most people fighting for disability and hanging up their plows. We also salute our staff, donors, partners, survivors, and constituency, who all deserve medals.