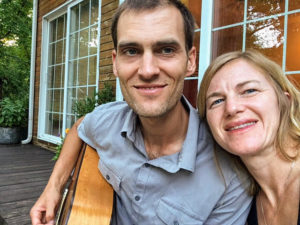 As a husband of now 14 years, and a dad of two amazing children, Jessie Bolinder will be joining us at the Tea Trade Cafe on June 29. He is a pastor to youth and families at a small church, and enjoys the privilege of sharing, discussing, and exploring the good news of hope, love, and new life. Nearly 20 years ago, Jessie’s parents bought him his very first guitar. Since the beginning days of learning to string chords together, he has found great joy in putting thoughts, struggles, love, and hope to music. Join us for this night of music – you won’t want to miss it!

In 2018, there were 383 reports of human trafficking to the Human Trafficking Hotline from the state of Michigan. This number only represents reported cases; therefore, the actual number of trafficking victims is likely to be much larger. As Grand Rapids is thriving and growing, hundreds of people walk the streets, creating the need for our community to become educated on the topic of human trafficking. One way we do this is by hosting an annual event that not only provides education but also involves the community in our anti-trafficking efforts.

Held on September 7, this event is co-hosted by The S.O.A.P. Project (Save Our Adolescents from Prostitution).  The S.O.A.P Project was founded by anti-trafficking advocate and survivor, Theresa Flores. Flores, who grew up in the suburbs of Detroit in the 1980s, was trafficked out of her own home at the age of 15 without her parents’ knowledge. Her traffickers were a classmate and his cousins. Driven by the pain of this injustice, Flores started the S.O.A.P. Project to reach out to women and girls who desperately need to escape the sex industry but lack the resources to do so.

S.O.A.P. is a project that includes wrapping bars of soap in labels that have the national human trafficking hotline (1-888-3737-888) printed on them. Hotels are hotspots for trafficking. Victims and customers are easily hidden among those who come and go from their many rooms. The labeled bars are distributed to local hotels to be placed in bathrooms, creating the opportunity for victims to seek necessary help. Along with these bars, posters of missing children are handed out to hotel staff members, encouraging them to report any suspicious activity that could occur at their place of employment.

We invite you to join us on Saturday, September 7, as we drive around to Grand Rapids (MI) area hotels and offer them these complimentary labeled soaps. You’ll also have the opportunity to hear from WAR, Int’l founder and president, Becky McDonald, and from Theresa Flores herself. The cost is just $15, which covers your lunch (catered by our own Tea Trade Cafe).

This year, let’s create circles of protection and become modern-day abolitionists for women at risk in the greater Grand Rapids area. We have an opportunity to be advocates and catalysts for change. Mark your calendars and invite your friends to join us! Registration for this event is required prior to Wednesday, September 4.

Here at Women At Risk, International (WAR, Int’l) headquarters, we hear many real-life stories from our partners—stories that break our hearts for those who suffer violence and injustice, while also inspiring us with testimonies of hope and changed lives.

Among the most poignant stories are those from “Rebecca,” who visits our headquarters each time she is in the U.S. and shares with us about the work she is doing. Rebecca works with at-risk and trafficked young women in two small Eastern European countries—one a hotbed for sex trafficking rings and the other a primary source of victims for such rings. The stories she shares about the horrendous situations there and the experiences of the girls she works with are both shocking and distressing, yet it is heartening to see that the work she does is making a difference for many. 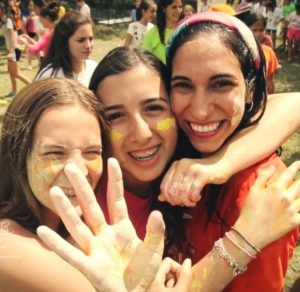 Last year, we published an article about a brand new summer camp Rebecca had coordinated and hosted for at-risk teen girls in one of the countries where she works. Many of the 150 girls attending had experienced abuse, abandonment, and dire poverty, leaving them especially vulnerable to trafficking and exploitation. Thanks to the efforts of Rebecca and her dedicated team of volunteers, these teens were treated to an enjoyable week of fun, enrichment, and community.

But Rebecca’s vision for camp went beyond simply providing the girls with a fun experience. Along with tackling relevant topics such as suicide prevention and conflict resolution, Rebecca and her volunteer staff educated campers about the lures and tactics of traffickers, equipping them with the tools and knowledge needed to avoid becoming victims. They also introduced them to the saving grace of the gospel. Rebecca reported back to us that the camp was a huge success, with many eyes opened and many hearts changed. She is confident that for some of the girls, the week they spent at camp has made a crucial difference between a future of slavery or one of freedom and safety. 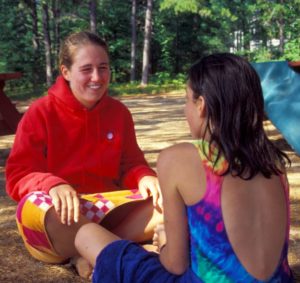 WAR, Int’l has the honor and privilege of partnering again with Rebecca for this year’s camp. She is very excited about some new things she’s going to implement this second time around. Fueled by a passion to mentor and raise up a strong generation of local youth, she is selecting some of the girls from last year’s camp to be junior leaders, with high hopes that some will become full leaders at future camps. She is also excited to have hired an experienced camp director to join her committed team of translators and other volunteer staff.

Rebecca and her team are also thrilled to hold this summer’s venture at a better facility where the campers can enjoy real bathrooms, ample food, and fun things such as a swimming pool and a rock-climbing wall. (Bathrooms and an abundance of food are things we in the United States take for granted, but for many of these girls, they are unheard-of luxuries.)

In an upcoming article, we’ll share with you how WAR, Int’l’s board and staff teamed up in an exercise challenge to sponsor a number of girls to attend camp this year. As you look forward to reading that story, we encourage you in the meantime to consider how you might help as well.

Please read last year’s article for further details about the camp and some background information on the dire situations in which the campers are living every day. And then please prayerfully consider helping to sponsor a teen to attend this year’s camp. The cost to sponsor one teen to attend this week-long camp is $195, but we will gladly accept donations toward camper sponsorship in any amount. Thank you for joining us in helping Rebecca create a circle of protection and love around these precious young women!

Afterword – Fall 2018: Like the first camp, this second camp was a great success. We recently received a letter from Rebecca rejoicing about the lives that were changed during the third camp this past summer. She is now preparing for the fourth annual camp, to be held during the summer of 2019. WAR, Int’l has sponsored campers each year and is collecting donations now for next year’s camp sponsorships. Please consider partnering with us to help more teens experience this life-changing camp! 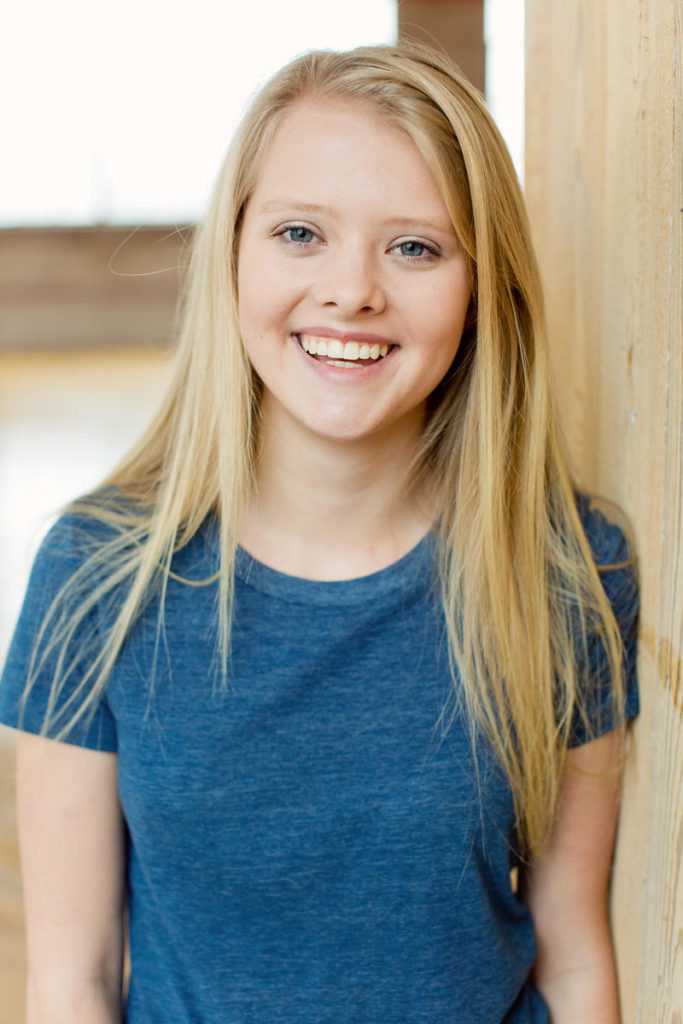 Eden Witvoet is a local performer and musician from the Grand Rapids area. At just fifteen years old, she has developed a unique sound of her own. Having studied piano for eight years, Eden has pursued music vigorously, teaching herself the ukulele and guitar. She not only enjoys singing, but dancing and acting as well. She has been acting in the community for five years, and will be pursuing a career in musical theater after she graduates from Caledonia High School, where she will be a junior in the fall. 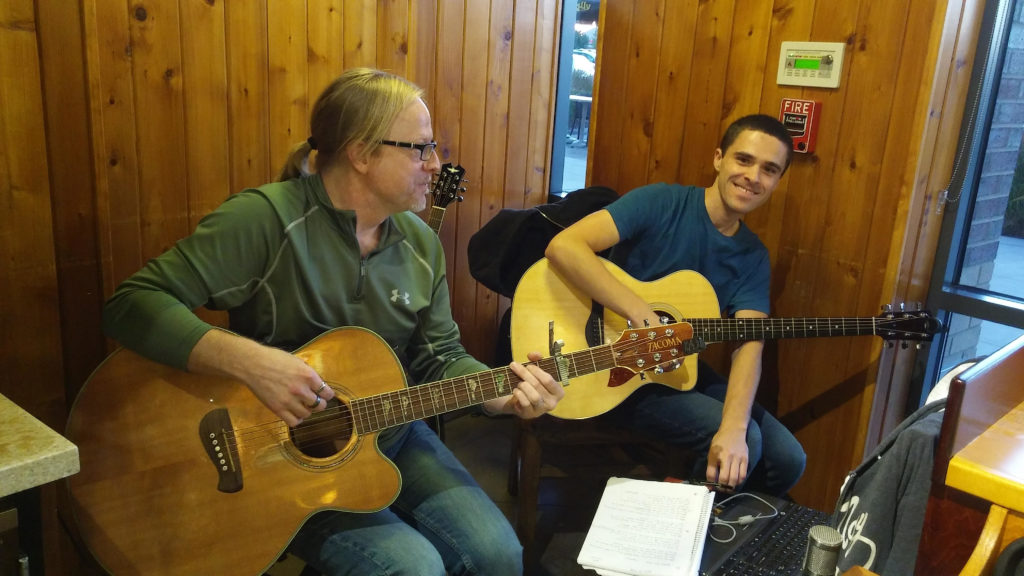 Stef Loy and Nick Spruit met years ago at a temp job at the Grand Rapids Press, working in Walker, MI third shift. After years of knowing each other, they began to write music, and after creating several CDs, they finally put a band together to perform live. In the fall of 2016 Lapdogs officially formed, and their first full-band CD “You Live There” was released last May. The band plays around town at places like Rocky’s Bar and Quinn & Tuite’s Irish Pub, and are currently excited to be playing Grand Rapids Festival of the Arts on Friday June 2 @ 4:45 pm (Kendall Stage).

Stef and Nick continue playing un-plugged together at Potbelly’s in Grandville on a bi-weekly basis, at various open mic nights, cafes, and farmers markets all around West Michigan. There are talks of the two doing a quieter un-plugged CD as 2DOG by the end of the year.