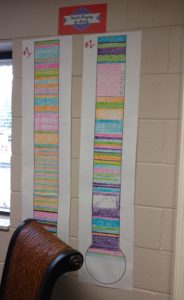 Colorful charts in the staff break room. Employees walking on their lunch breaks. Personal exercise challenges set and met. What was going on this past spring at Women At Risk, International (WAR, Int’l) headquarters? It was some sort of exercise challenge—that much was clear. But who or what had inspired such a challenge?

Last month, we told you about a project near and dear to the hearts of WAR, Int’l staff: a one-week trafficking prevention camp for at-risk teens, taking place next month in a poverty-stricken Eastern European country. WAR, Int’l had the joy and privilege of helping to sponsor a number of girls for last year’s camp, and our staff was determined to sponsor even more girls this year. But the camp wasn’t the only project drawing the attention of WAR, Int’l staff; with a 5K/10K/half-marathon fundraiser coming up at the end of April, exercise and fitness were also on everyone’s minds. Seeing an opportunity to tie the two together, WAR, Int’l’s board threw down a sponsorship/exercise challenge to staff.

The proposal was this: In addition to WAR, Int’l’s initial sponsorship commitment, board members would sponsor up to five additional campers out of their own pockets. The catch? Staff had to earn these sponsorships for the girls by exercising. For each half-hour of physical activity logged, board members would ante up a dollar toward sponsorship. Staff accepted, and the challenge was on. 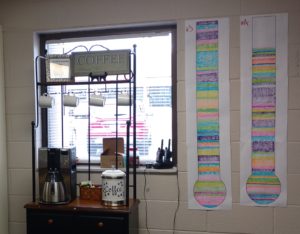 Five large paper thermometers went up in the break room at headquarters, each sporting horizontal spaces for logging exercise. Colorful markers were kept nearby. The ink on the first thermometer rose daily as staff traipsed in to record their exercise time, whether done on lunch break, at home, at the gym, or elsewhere. One thermometer was quickly filled—one camper sponsored—then a second.

The break room grew more colorful by the day, with the bright spaces on the thermometer reflecting a variety of exercise experiences as diverse and vibrant as the lines themselves. Staff members ran, walked, hiked, biked, or did aerobics. They exercised before work, after work, on lunch breaks, on weekends, and even while on vacation. For some, the challenge provided an opportunity to develop new exercise habits; for others it simply added an element of fun and teamwork to established routines. Many found great reward in stretching themselves, meeting goals, and shattering their own expectations.

Regardless of her experience, each participant enjoyed knowing her efforts went beyond self-care and were benefitting others as well. Several gladly shared their thoughts and stories with us: 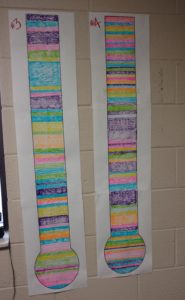 Tricia, who does fundraising and consultant care, was among several participants training for the Gazelle Girl women’s race in downtown Grand Rapids, raising funds for WAR, Int’l through monetary donations. An avid walker and occasional runner, Tricia was gearing up to run her first 10K. She did most of her training at the gym, sometimes running on the treadmill for an hour at a time. “It was totally worth it,” she notes, adding that it was “awesome that I could support girls going to a summer camp as well!”

Also training for Gazelle Girl was Shelby, from our call center. In addition to evening runs around her neighborhood, she also ran on the treadmill during “naptime” while working her other job as a nanny. “It felt so good not only to challenge myself and meet my personal goals, but also to come into work and fill in the thermometer and know that I was a part of something bigger just by going out and running!” 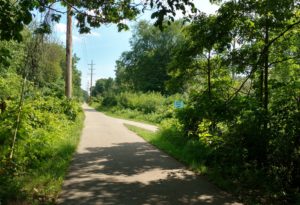 A few staff members, taking advantage of WAR, Int’l’s location next to the beautiful Kent Trails, got in their exercise time during lunch breaks. Bethany, a staff writer preparing to walk the Gazelle Girl 5K, decided lunchtime walks would be a good way to get midday fresh-air brain breaks while also developing an exercise habit. Knowing accountability would help her stay disciplined, she sought a walking buddy via a staff email. Becky, from shipping and receiving, began joining her on the trail several times a week, and they have continued to walk together even with the challenge finished. “It’s been great getting to know each other this way,” Bethany notes, adding, “It’s also amazing how quickly the time and distance pass when you are yakking while walking!” 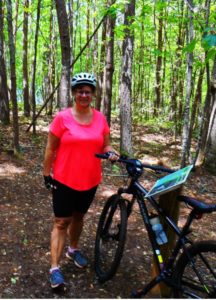 Tammy, from the cashiering department, also enjoyed walking the trail at lunch but clocked much of her time hiking, biking, and kayaking with her husband. “I’ve always been active,” she says, noting that taking part in the staff effort was a “no-brainer.” Yet despite her active lifestyle and good nutritional habits, Tammy’s main challenge has been maintaining a healthy weight.  At the same time the exercise project began, she was beginning to take off pounds and drop cholesterol points with a whole-food, plant-based diet. “It’s fun to have the weight loss to go along with all of the exercise for a change,” she says, “and being able to come in and add my time on the chart was just a really fun thing to see visually.” She especially enjoyed the idea of teaming up with coworkers to make healthy choices and help girls go to camp. “Win, win, win!”

Jen, from the programming department, also reaped unexpected benefits from the challenge, but unlike Tammy, she was starting from scratch. “Knowing my limits, I didn’t think I could exercise continuously for a long period of time,” she says, “so I started my own ‘ten out of ten’ goal.”  For ten days she would exercise thirty minutes a day, and at the end of the ten days, she would celebrate her success—whether it was eight days out of ten or, as was usually the case, a perfect ten of ten! With the employee challenge now in the books, Jen has kept up her personal challenge throughout the summer and recently began her eleventh rotation. “If I had started out at one hundred days straight I never would have made it, but short goals over and over have made for an amazing long-term goal!” 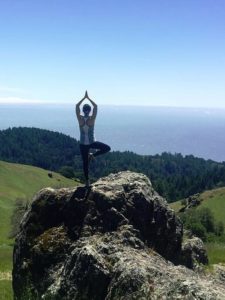 The heart of the challenge was perhaps best summed up by our retail manager, Kelly, a walker and yoga aficionado who welcomed the opportunity to take something she enjoys and use it for a greater good. Echoing the thoughts of many, she stated, “[It] was fun for me to feel like I was doing something for others and not just myself.”

Thanks to the passion and commitment of these employees and many others, by the end of the two-month challenge, all five thermometers were filled. True to their word, board members dug deep into their pockets and came up with enough to send five 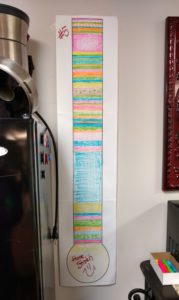 more girls to camp. Instead of sending our partner funds for the fifteen girls WAR, Int’l had already pledged to sponsor, we were able to surprise her with funds for twenty. Those twenty girls will now be able to enjoy a week of fun activities, learning opportunities, ample food, tender nurturing—and potentially life-saving information. If just one young woman is saved from a future of slavery, that alone is worth all of our staff sweat and effort.

Having conquered our challenge and bettered ourselves along the way, we at WAR, Int’l now issue a challenge to you. What can YOU do to challenge yourself while helping someone else? You may not have a board offering to donate money for your toil and sweat, but what resources DO you have? How can you use them to make a difference in the lives of others? Join us in being “a part of something bigger!”

The twenty girls attending camp next month on a scholarship from WAR, Int’l are there not just because of our staff and board, but also because of generous donations from our supporters. We could not do what we do without you. Please take time to read about the camp, and consider partnering with us so that we may continue to offer opportunities like this one to at-risk children and teens around the world.