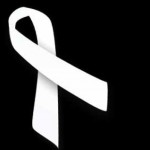 Maybe you don’t know that two-thirds of women involved in the pornography industry in the United States also suffer from PTSD. Now, compare that with 11 percent of Vietnam veterans who struggle with the disease.

Contrary to our culture’s belief, pornography is harmful on many levels. For those of you who don’t know, this week is “White Ribbon Week,” raising awareness of pornography and its many facets. This week at WAR, Int’l, we want to draw your attention to pornography as an issue that fuels sex trafficking, child exploitation, and sexual violence.

This issue goes beyond choosing not to watch pornography. Do you know what your children are looking at online? Do you know who they are talking to? If recent studies show that 92 percent of teens report going online daily, and 24 percent go online “almost constantly,” parents need to become circles of protection around their children.

Here are a few ways to combat the rise of pornography from right where you are.