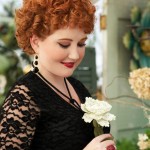 Ever since she was a little girl, Rhoda Kershaw wanted to sing. After much local success, Rhoda thought she caught her big break when a talent agent promised a vocal tour in Japan. Though her first visit proved successful, on her second trip, traffickers took her papers and forced her to serve drinks at a bar. One night a co-worker lured Rhoda to a “dance club” filled with the Japanese mafia. After drugging and abducting her, mafia members repeatedly brutalized and raped Rhoda for three days. She eventually escaped, but the Japanese police blamed her, and a counselor even advised suicide as the only way to preserve her dignity. Even after returning home to America, help was nowhere to be found. Finally, Rhoda discovered a community of healing and support at WAR, Int’l. Now she no longer numbs her pain with substance abuse and self-mutilation. Instead, she has transformed her suffering into a story of survival and hope. Rhoda uses her passionate voice to share this story, singing at benefit concerts, speaking out against human trafficking, and whispering words of hope and encouragement to vulnerable teens and wounded women.