“Most stories are never told due to their danger and confidentiality…but because of you, they’re real rescues.” Becky McDonald

Mai cut the cooked egg into four sections, dividing it equally between her four hungry children. With another one on the way, there would soon be five hungry months to feed.

Two weeks after her new little one was born, Mai sold Ellie, her beautiful baby girl, to local traffickers. When our partnering safehouse heard about the situation, they tracked Ellie down and loaned Mai money to buy her back, despite threats from the traffickers.

Now adopted into a safe home, Ellie is blossoming under the love and care she needs.

Our 911 Rescue fund grew out of this partner’s request in the dead of night to rescue this precious baby girl who had been sold to Thai traffickers for $200. Becky, founder and president of WAR, Int’l, was shocked they had to ask for the funding to rescue. Becky promised the money blindly, saying she would have a garage sale if necessary, and begged them to rescue the baby without delay! 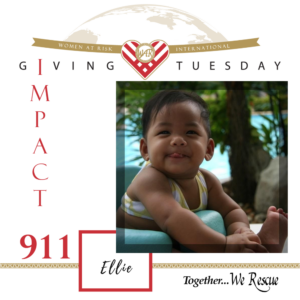 At four months old, Moses was an adorable baby—but his family offered to sell him to anyone who wanted him. In this situation, he came to the notice of a group of our partners, who took turns watching him. Fortunately for Moses, we found him before a trafficker did. While the law tied our hands, we were able to use money from the 911 Rescue Fund to pay for his immediate needs. 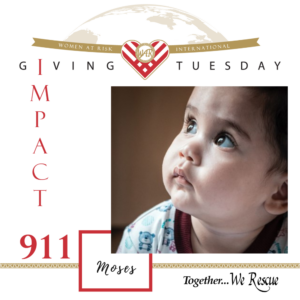 Just recently, we helped facilitate the rescue of a woman running from the mob after she was discovered hiding in a church. She was so frightened she attempted to jump out of a moving car when someone tried taking her to a hospital. Two WAR volunteers who are fluent in her language were able to calm her down, and our friends at Homeland Security helped us get her into a safehouse. While addressing her medical needs, we discovered she’s almost blind in one eye and needs glasses. Having funds readily available to cover these costs is crucial.

When you help a woman escape exploitation, you witness the painfully high cost of freedom. While she leaves abuse behind, in many cases she’s leaving everything she’s ever known. She may never see family again, especially if they were part of the problem. Starting over is exhausting, let alone simultaneously navigating trauma and healing.

Freedom is not free but painfully expensive in a thousand different ways. 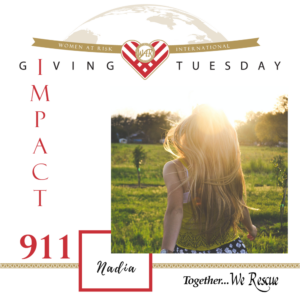 Meadow’s father was her trafficker. Rather than cherish and protect his daughter, he sold her innocence to local politicians. Though Meadow is now safe with her mother in hiding, she bravely attempts to overcome the past betrayal and trauma. For Meadow, making sugar scrubs has been a source of peace, a small part of repairing the brokenness of the past. However, Meadow’s future also benefits from this therapeutic process. As Women At Risk, International proudly stands beside this brave young girl, we ask you to stand with us to support those at risk in our own communities. 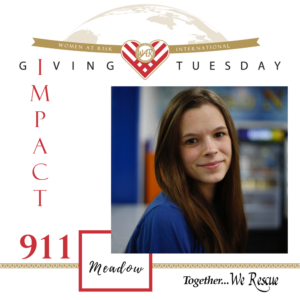