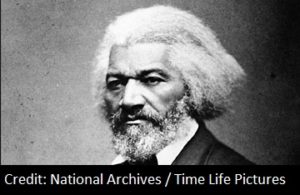 The year is 1847 and slavery is a prevalent force in American society, yet tucked away in Rochester New York one man stands to make a difference. Fredrick Douglass, an ex-slave, publishes the North Star, which will become the most influential anti-slavery paper of the era. Douglass was a warrior of justice, always fighting for freedom from all forms of slavery and inequality.

On July 12, 2017, that same fire and spirit that drove Douglass proved to also be alive in the hearts of American leaders today. In honor of all that Douglass stood for in his battle to end slavery, the House passed the Frederick Douglass Trafficking Victims Prevention and Protection Reauthorization Act of 2017, introduced by Representative Chris Smith R-NJ, and Representative Karen Bass D-Calif.

This federal Act is a momentous win in the fight against the modern day form of slavery: human trafficking. Human trafficking is the recruitment, transportation, transfer, harboring, or receipt of persons by means of threat or use of force or coercion (such as abduction, deception, abuse, and bribes) for the purpose of exploitation (United Nations Office on Drugs and Crime).  It is one of the fastest-growing organized crimes in the world, with an estimated 40 million victims globally (27 million adults and 13 million children), and 80% of human trafficked victims are used for sex (Fact Retriever). Contrary to popular belief, human trafficking, especially sex trafficking, is not a foreign problem happening far away from American borders. In the U.S. alone, between 14,500 and 17,500 people (The Odyssey Online) are trafficked each year across our borders, and that number continues to rise. With such an alarming growth rate, it’s no wonder even world leaders are beginning to take a stand against it.

As the bill’s name signifies, it is a reauthorization of the Trafficking Victim Protection Act of 2000, which was one of the country’s most inclusive human trafficking legislation. With the newly added revisions, it has become more thorough and effective than ever before. The new provisions aim to diminish not only domestic trafficking but also international trafficking. One way the new bill addresses international trafficking is by preventing any goods made from forced and child labor from entering the U.S.; another is by monitoring migrant workers crossing our borders to ensure they are not trafficking victims. The Act also states that any country utilizing child soldiers will be penalized by restricting military assistance. With this bill, America will hold its partners and allies to the same standard, and have a zero-tolerance policy toward those who put no effort into preventing human trafficking within their borders.

Once it passes the Senate, the changes that take place in our borders will be more than noticeable. We can now expect our children to become more educated on the subject by having age-appropriate programs in schools that will show what traffickers look for, and how to avoid becoming a victim. Certain employees can also expect changes within the work place. 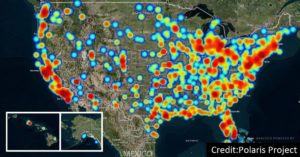 Medical personnel, social workers, those in the hospitality industry, and even domestic airline workers will now be required to learn how to identify a victim of trafficking, as well as the correct procedures to follow when reporting a suspicious situation to the appropriate authorities. Our law enforcement officers will also be receiving more extensive training on the matter, which is something many states previously lacked.

These are only a few of the many revisions made to this bill in an effort to seriously fight back against human trafficking, both domestically and internationally. This bill passed the House with no resistance, which means our leaders are recognizing a problem that thrives on being under the radar. These leaders are determined to shed as much light on this evil as possible. This step forward means we can no longer be ignorant of the issue, and we now fully recognize this as a domestic immorality that needs to be extinguished. These alterations are going to make America a leader in abolishing modern-day slavery as we set the example for countries all over the world. With the emphasis on trafficking awareness, and an intentionality of stopping the demand thanks to the new bill, future generations of Americans will be prevented from being victims.

Congress has also recently passed dozens of anti-trafficking laws such as The Enhancing Detection of Human Trafficking Act (Rep Tim Walberg R-Michigan), and the Empowering Law Enforcement to Fight Sex Trafficking Demand Act (Rep Vicky Hartzler R-Mo. As the days go on, the passion that drove Frederick Douglass and continues to drive our leaders will continue to thrive in America. The Frederick Douglass Trafficking Victims Prevention and Protection Reauthorization Act of 2017 is proof of that.

Let us continue to rally together, pushing for better laws, for justice, and for healing from human trafficking and modern-day slavery. One very effective way to combat trafficking is to support programs that shelter and employ trafficking survivors and those at risk for trafficking. An easy way to do this is to host a party or event with WAR, Int’l, selling product made by rescued and at-risk women in these programs. Another is to help raise trafficking awareness in your own community by hosting or attending an anti-trafficking training event, inviting a WAR, Int’l ambassador to speak at your school, or having a representative from WAR, Int’l come and speak to your church or organization. For other ways to get involved with Women At Risk, International and aid in the fight against this injustice, see our Take Action page!