A “Valuable Day of Learning”

Did you know that last year in the United States
there were nearly 11,000 cases of human trafficking?1
(And those are just the ones we know about.)

Earlier this year, I was invited to attend and review a Civilian First Responder (CFR) conference that was held at Grace Bible Church in Grandville, Michigan. It was a valuable full day of learning presented by Women At Risk, International.

Because I have had no training on human trafficking and no experience working with this issue, my previous knowledge regarding this subject was limited. I had watched a few docudramas, but as products of traditional Hollywood writers and producers, these movies generally left me wondering whether their portrayal provided an accurate picture of human trafficking. I found that the CFR conference provided the clarity and accuracy that I sorely needed.

How does someone become a victim of trafficking?

In this CFR training, I learned what the human trafficking “on-ramp” looks like. Human trafficking may involve an entire network of men and women who initiate contact with potential victims. This network can extend to some teens who work as recruiters for pimps and madams. A perpetrator has something to gain by exploiting youth and others. Although deceit and cruelty are common elements, it’s usually the money that motivates them. 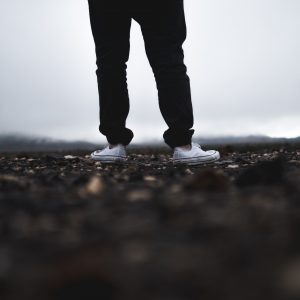 I was surprised to find that, in many cases, the recruiters are women. Where a man might appear creepy or pushy, a woman may be more effective at building a false sense of security. This faux comfort creates a gradual progression towards bringing another woman or a young person into bondage.

While some traffickers build false friendships, another effective type of deception, where perpetrators may operate in a more public setting, is the lure of a job offer. Surprisingly, this can start with an innocent looking advertisement for a babysitting job or a modeling gig. Little does the respondent know that a more sinister agenda is soon to be revealed.

Although it is true that poverty can put people in vulnerable situations, not all victims are poor—and not all are women. A person of any age, gender, race, or socioeconomic status can fall prey to traffickers. 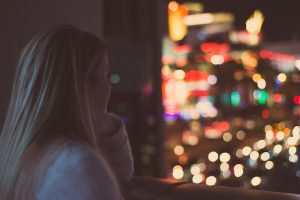 While victims can be adults, teens, or children, a teen or young adult’s lack of life experience makes them especially vulnerable to predators. Unfortunately, perpetrators know how to present themselves in ways that can draw a teen into some “new venture” that has been contrived. The desire to be involved in something that seems fresh and exciting—or to be thought “cool” in the eyes of their peers—can sway a potential victim in the direction of making a poor, but life-changing, decision.

If a youth has a history of misrepresenting or withholding information from parents or other authority figures, it is a short leap for them to fabricate stories about where they are going or what they will be doing. In their quest for excitement, they might feel justified in contorting stories about plans to meet up with a new “friend.”

A person of any age, gender,
race, or socioeconomic status
can fall prey to traffickers.

Children are also trafficked—frequently by someone they know, and often by someone who lives within a quarter-mile of the child’s home. I heard first-hand witness accounts of situations where a child was sold by her own mother and others in which the mother was the primary sexual predator!

These stories have helped me realize what some human trafficking victims have had to endure. Often through no fault of their own, they have been lured or coerced into an existence filled with lies, betrayal, and great pain. Many have had significant portions of their lives stolen from them.

Would you recognize signs of human trafficking
in your community? 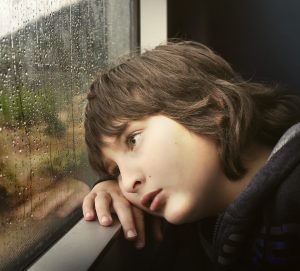 Human trafficking can take place anywhere: in cities, suburbs, and rural areas. It may even be taking place in your own neighborhood—or in mine. If it were, would we recognize it? Would we know how to respond?

Because of this conference, I have become more aware of everyday warning signs. For instance, if a child wears the same clothes every day, that could be a red flag. Another warning sign might be that a child does not go to school. An additional area to note is whether the adults interacting with this child seem to be there for the long term. Does the interaction seem kind and familiar or threatening and abusive?

If a teen is asked to show identification and has none, he or she may be a victim of trafficking. The presence of an older, overly generous male companion can also be a warning sign. It could be that this adult is not a friend at all but rather is an enforcer posing as a boyfriend.

To be sure, without this training, I would not have been able recognize these specific situations or behaviors as potential signs of trafficking—nor would I have been equipped to respond appropriately.

How prepared are you?

Human trafficking is not the kind of thing we typically talk about at the dinner table or around the water cooler. Because we talk about it rarely, or not at all, there are major gaps in our understanding of what we can do to help. For me, the CFR training filled in a number of missing pieces.

We don’t have to work in law enforcement
or social services to make a difference
in the battle with human trafficking.

Having attended many conferences over the years on a range of different subjects, I can truthfully say that I found the CFR conference to be one of the most beneficial of all. The materials provided were very complete and quite helpful. All of the speakers had compelling stories to tell, based not on things they had read or heard but on their direct personal experiences with human trafficking. It says a lot to me that Women At Risk, International’s founder—the conference’s main speaker—has worked with this issue for more than thirty years. 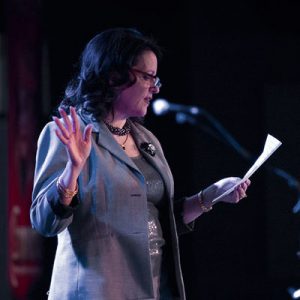 We don’t have to work in law enforcement or social services to make a difference in the battle against human trafficking. By educating ourselves, and then educating others, we can bring forth an increase in awareness. The greater the number of eyes and ears tuned into this problem, the more that will be uncovered. John 1:5 says, “The light shines in the darkness, and the darkness has not overcome it.” Simply shining a light into this darkness—raising awareness—is an important and effective action that all of us are able to take.

If you were to see any of these signs in your community, would you recognize them? Would you know what to do? How much do you really know about human trafficking? Now is the time to learn how YOU could help prevent another person from becoming a victim of human trafficking.

Guest writer Ron Garrett serves as one of WAR, Int’l’s many faithful volunteers. A mechanical engineer by profession, he has also taught engineering design & manufacturing courses at Grand Valley State University and is now enjoying an active retirement. In addition to his service with WAR, Int’l, Ron also volunteers for several West Michigan refugee resettlement organizations. This is his first writing project for WAR, Int’l.

WAR, Int’l’s writing & program staff would also like to acknowledge Taylor Laird for her assistance with the editing of this article during her internship with us.