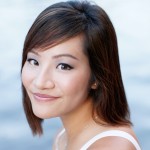 Alone, with three children but little else to call her own, Nataya was desperate. Her life as a Mia Noi, or “minor wife,” had come to an end. Although polygamy is officially outlawed in Thailand, her situation as an unofficial second wife was not uncommon. Like most Mia Noi, she enjoyed a home and the benefits of her “husband’s” income—but when her illegal marriage fell apart, she found herself cast out with few possessions and no legal recourse. Though she needed a way to support herself and her children, Nataya was determined to avoid the dark underworld of Thailand’s thriving sex industry. Instead, she bravely ventured into the business world, carving toys and goods to sell in the local markets. When her wooden croaking frogs and buffalo horn slingshots came to the attention of WAR, Int’l, her market expanded across the sea, helping to provide a secure future for herself and her children. As Nataya’s business has grown, so has her sense of worth. No longer “minor,” she holds her head high as she proudly peddles her whimsical creations, taking joy in her new life of independence and dignity.