Thousands of women in Mexico are exploited in the thriving underground sex industry every year. Because of police negligence and corruption, the high levels of poverty, and the tremendous amount of women in at-risk situations, Mexico has become one of the world’s top trafficking locations. But among the horrific and traumatic experiences that haunt these women, there emerge stories of triumph through the trials, offering hope for improving the trafficking situation in Mexico.

Norma Bastidas has such a story, one of enduring hardships and finding hope. When she 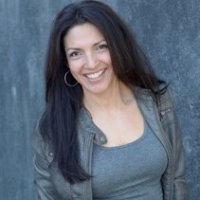 was eleven years old, Bastidas’ father passed away and an uncle took advantage of the destitute family, eventually raping Bastidas. At the age of nineteen, she was lured away from her home by a modeling agency that promised her a glittering career abroad. Needing an escape from her poverty and memories of abuse, she found the job too good to be true. As it turns out, it was. There was no job and Bastidas was quickly sold into the sex trade, frequently being drugged, beaten, and raped.

But her story doesn’t end there.

Bastidas was eventually rescued from her slavery and was able to rebuild her life. She moved to Canada, married, and had two sons. However, recovering from the pain of the past was not easy, and her new life lent no relief from experiencing hardship. Her marriage failed, her oldest son was diagnosed with an incurable eye disease that would leave him blind, and she was unable to escape the memories and shame of being sold to the highest bidder. Needing a way to channel the stress caused by her past and present, Bastidas started running. She soon discovered that she had great talent in the sport, eventually becoming an ultra-marathon runner. Devoting herself to running, Bastidas accepted challenge after challenge, competing in over a hundred races. In 2009, she became the fastest female endurance runner in history as she finished a grueling seven-continent marathon in only seven months. She later completed a 2,600 mile run from her home in Vancouver to her hometown in Mexico. Bastidas’ greatest accomplishment, however, was achieved in 2014 when she swam, biked, and ran over 3,700 miles from Cancun to Washington, D.C., shattering the world record for the longest triathlon in history.

Not only does Bastidas run to heal and cope with her trauma and stress, but she also runs to raise awareness and support for survivors of human trafficking. She wants the world to see what former victims can accomplish even in the face of the horrors they experience. She runs to empower and give a voice to those who have been silenced by sexual exploitation and violence. During the last two miles of her record-setting triathlon, a number of sex trafficking victims ran alongside Bastidas to the finish line, while others waited for her at the end to congratulate her and show their appreciation and support.

While Norma Bastidas’ story is one of hardship and trauma, it is also one of hope and perseverance. She continues to run and compete, raising awareness for victims of trafficking as well as inspiring those around her with her dedication and determination to not let her past define her.

Women At Risk, International (WAR, int’l) loves to hear these transformational stories and see the triumph that comes out of hardship inspire others. It is our desire to see all the women who come through our programs experience healing and overcome their painful pasts. While they may not become world-record-setting triathlon competitors, their stories are just as powerful and inspirational. And as victims like Norma Bastidas continue to shed light on the trafficking industry and empower others to overcome and fight back, the power of traffickers in countries like Mexico will continue to weaken and the darkness that surrounds the business will continue to diminish.